Notice: Trying to access array offset on value of type null in /home/lasgbackup/public_html/wp-content/themes/lagos_mini/framework/parts/meta-post.php on line 3

Mrs. Adepoju stated this on Tuesday while welcoming members of the Restaurant and Food Services Proprietors Association of Nigeria (REFSPAN), who were on a courtesy visit to the Commission’s Office at the Secretariat, Alausa. Ikeja.

She expressed appreciation to the association for taking the initiative to visit and express their reservations on some issues, imploring the team to cooperate with the government by complying with various rules and regulations on safe water supply while ensuring payment of their fees promptly.

On the complaints of the Association about fees and charges, the Executive Secretary noted that the State Government only charges commercial usage from a specific threshold of water consumption, emphasising that all stipulated charges in the sector are not punitive but levied to gather data for determining the volume of water consumed.

Earlier, President of the Association and leader of the delegation, Mrs. Kehinde Kamson, noted that the courtesy visit was influenced by complaints from members on the charges from the regulatory commission. She also said the Commission’s standard charges should be effectively communicated to all members of the Association.

On his part, the Vice President of the Association, Mr. Oye Famoriyo, expressed his displeasure on multiple bills their members have been receiving from different agencies of the State for the same services. He suggested that the government should harmonise its billing system in order to resolve overlapping areas. 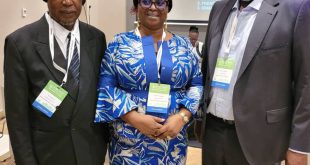 LASWARCO TO SPEAK ON GROUNDWATER POLLUTION AT INTERNATIONAL CONFERENCE 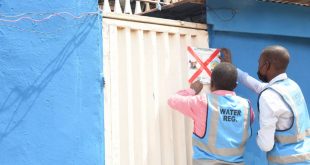